Ok, so at the four hour mark most of my hair is dry, except the segment in the center underneath where it's still pretty damp to the touch. No surprises there, except that it might be drier than expected.

I've always had this thing about people seeing me with my hair down/being photographed with my hair down. I don't know if this means that thing is gone, or what. Hopefully I won't get a massive panic attack about it or anything in a couple of hours.

My aim kind of sucked this time, sorry. I was having problems with the direct light through the windows making really weird shadows across my face, and I couldn't be bothered to go back and re-aim the camera once I got something that was reasonable.

It's amazing, given how old this shirt is and how often I wear it, that it hasn't fallen apart yet. 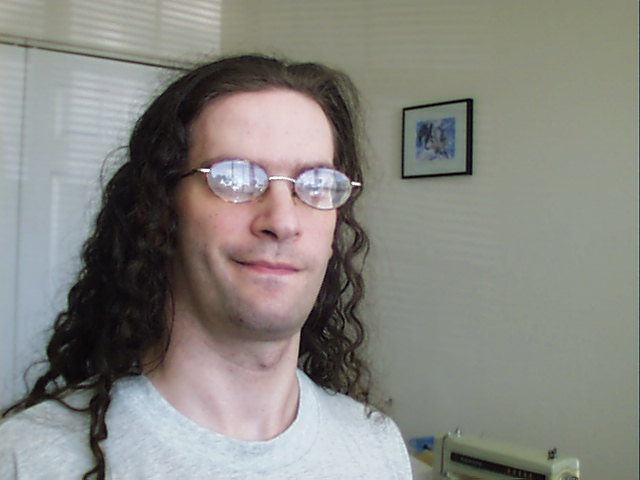 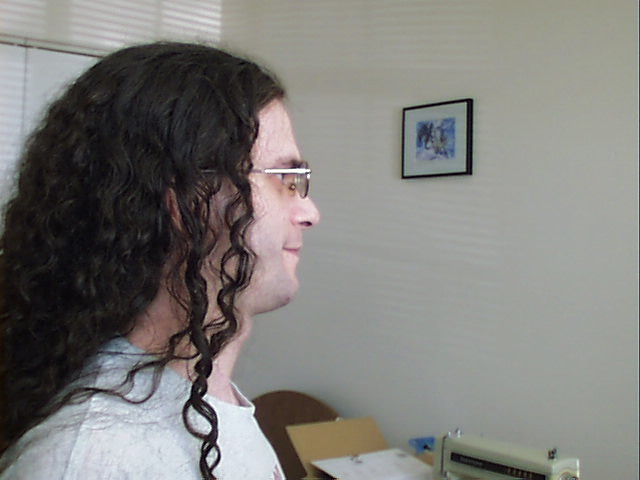 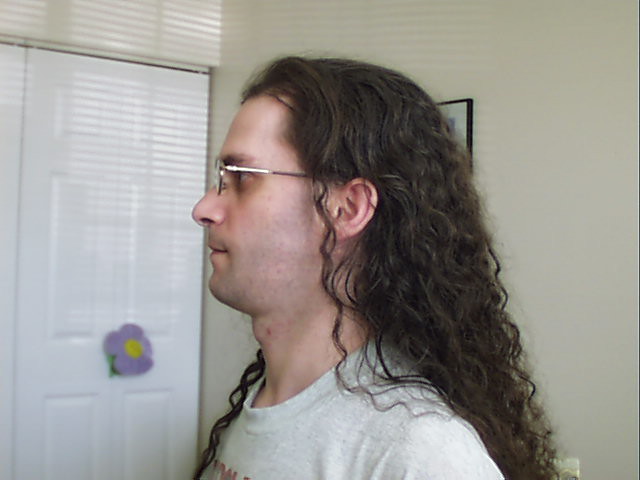 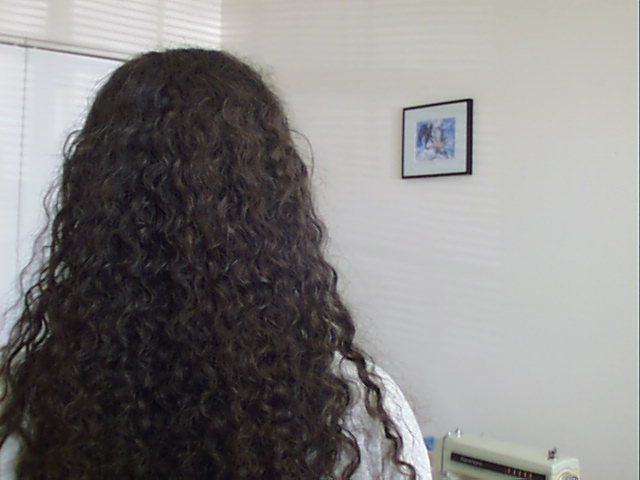 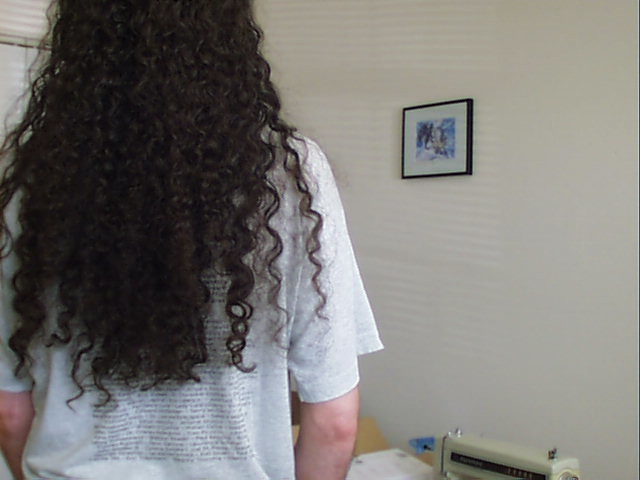 Both curl volume and frizz have increased, and now the stuff won't stay put behind my head on its own, which can be somewhat irritating.

I find the extent to which the length is uneven in the back really interesting: it was cut totally straight across the bottom when wet and combed out. So the outer layers seem to be curling tighter and pulling up more, even when they're evenly dry. I think. This isn't showing up so well in the photograph because the light kind of sucks.

There's a bit of a bottom-most layer that's more wavy than curly, but less than I expected, and less straight than I expected. That's also the part that's still wet, so it might just be that it's, well, still wet. If it ever dries out, I'll see.

My hands feel a bit more oily than I'm comfortable with after touching my hair, so ideally I'd probably like to come up with something that reduces that a bit while leaving the hair pleasant to the touch. [I had to rewrite that sentence at least three times to avoid unintentional 'touch' or 'hair' puns.]

My hair is totally not as straight as I think it is.